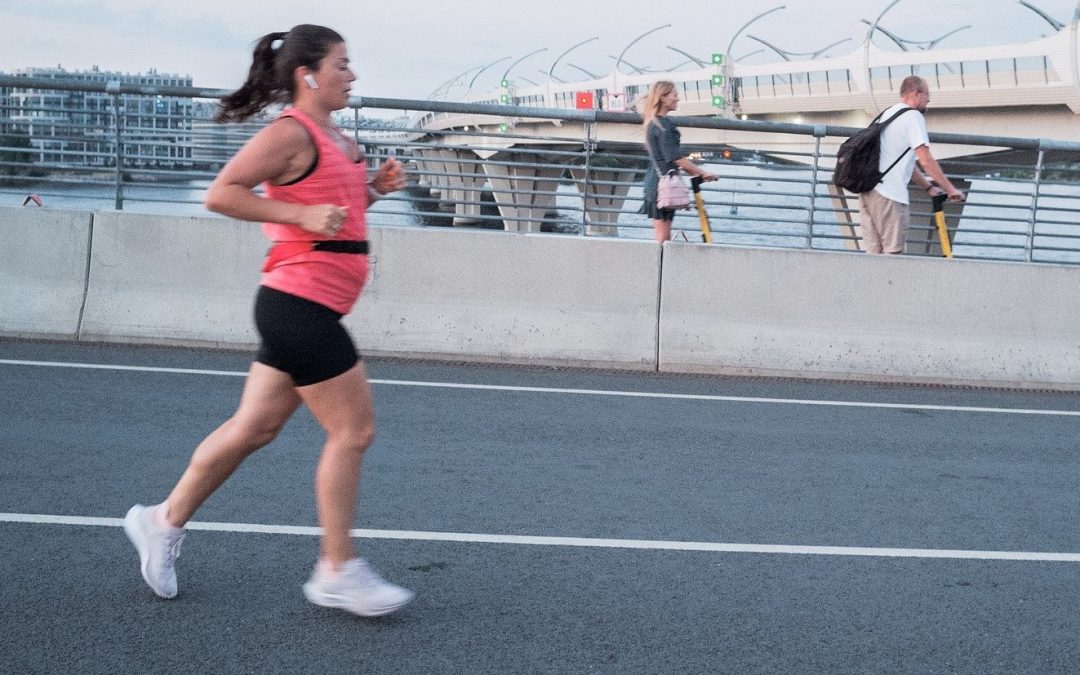 Moore et al. (2021) investigated in an online survey the contributing factors of 1) return to running, 2) return to the level of pre-pregnancy running, and 3) risk factors of postpartum running related to stress urinary incontinence (SUI).

Adult women were included if they ran at least once a week pre-pregnancy and were a maximum of 2 years postpartum. They should also have started running before 52 weeks postpartum. Running-related SUI was described as women experiencing SUI only during running.

Women who ran during pregnancy, who ran more miles (≥10 miles (16.1 kilometer) or more per week), and who had lower fear of movement were more inclined to return to running. However, the women who ran ≥10 miles per week often ran less miles postpartum. The feeling of vaginal heaviness had a hindering effect.

Postpartum SUI was more common in women who experienced SUI pre-pregnancy or during pregnancy. 29% of women reported running related SUI. Important to note is that this was not experienced as a barrier for running. A substantial number of the women that returned to running (84%) experienced pain in one or more areas. The lower limbs (78.6%), lower back (53.3%), and pelvis (52.7%) were the most frequently mentioned areas. Having had a perineal tear did not influence women in their return to running in this study. This might be explained by the median time of 12 weeks women reported to return to running postpartum in which recovery had taken place.

This study has revealed several factors that can negatively influence return to running:

This factor can be tackled through on the one hand educating peri-partum women about the important health benefits of exercise and on the other hand by disseminating the fact that exercise like running has no negative impact on the baby and is not a risk factor for an early birth.

The feeling of vaginal heaviness might be a symptom of pelvic organ prolapse or of an issue with the support of the pelvic floor muscles. To prevent injuries we can suggest a pelvic floor assessment to those women.

Although a perineal tear was not a barrier to return to running in this study it is know that it can be and especially in women that return to running early, so within for instance 6 weeks? Appropriate healing time should be discussed and taken into account.